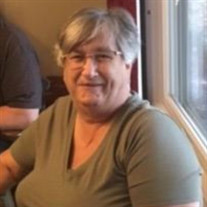 Sally Jo (Mullen) Montgomery (known lovingly by family as “SJM”) age 69, of Kentland, passed away in her home surrounded by her family. Sally was born on February 27, 1952 to the late Charles “Pat” and Mary Catherine Mullen, second oldest of six and was always considered the “pretty one” of the bunch. She was a 1970 graduate of South Newton High School and obtained her beautician license from the Lafayette Beauty Academy in 1971. Sally was a lifelong member of the St. Joseph Catholic Church and was an active supporter of St. Joseph Catholic School during its operations. Her work life included numerous roles from secretary to florist, and she found her most cherished role in retirement as a grandmother. Sally married the love of her life and best friend, John A. Montgomery, on April 5, 1975, he survives. Sally was a devoted daughter, sister, wife, mother, and grandmother always recognizing and emphasizing the importance of faith and family: her two greatest treasures in life. Sally is one-of-a-kind; full of love and laughter and always finding a way to be a friend to those that needed a friend the most. Sally was welcoming, authentic and never afraid to address the elephant in the room. She lived her values and prioritized her family & her faith in God above all else, never hesitating to lend a hand where it was needed. She will be remembered most by family and friends for her keen sense of humor, her laugh, her kind heart and her immeasurable love for her family especially her beloved grandbabies. Sally is survived by her sons Zackery Montgomery, Logansport, IN, Lucas (wife:Tera) Montgomery, Logansport, IN and daughter, Brigitte Washburn, Rensselaer, IN. Also surviving are her nine grandchildren: Noah, Aubrey, Sophie, Ellora, Augustus, Liam, Owen, Nora & Evan. Sally is survived by her beloved siblings: three sisters, Mary (Ronald) Scherer, Kathleen (Kerry) Gibson, Regina (Jeffrey) Penny and two brothers, Patrick (Susan) Mullen and Christopher Mullen as well as several brothers & sisters-in-law. Also surviving are numerous nieces and nephews; Sally was the self-proclaimed “favorite aunt” and she loved them all dearly. Sally was preceded in death by her parents, her aunt and second mother, Rita Miller, and beloved nephew, Patrick Mullen. A Celebration of Life will be held on September 5, 2021 at the Kentland Depot from 1-4p. Integrity Funeral Service & Cremation has been entrusted with the family’s wishes. Memorial contributions may be made at www.polarisproject.org to help fight human trafficking.

The family of Sally Jo Montgomery created this Life Tributes page to make it easy to share your memories.

Send flowers to the Montgomery family.